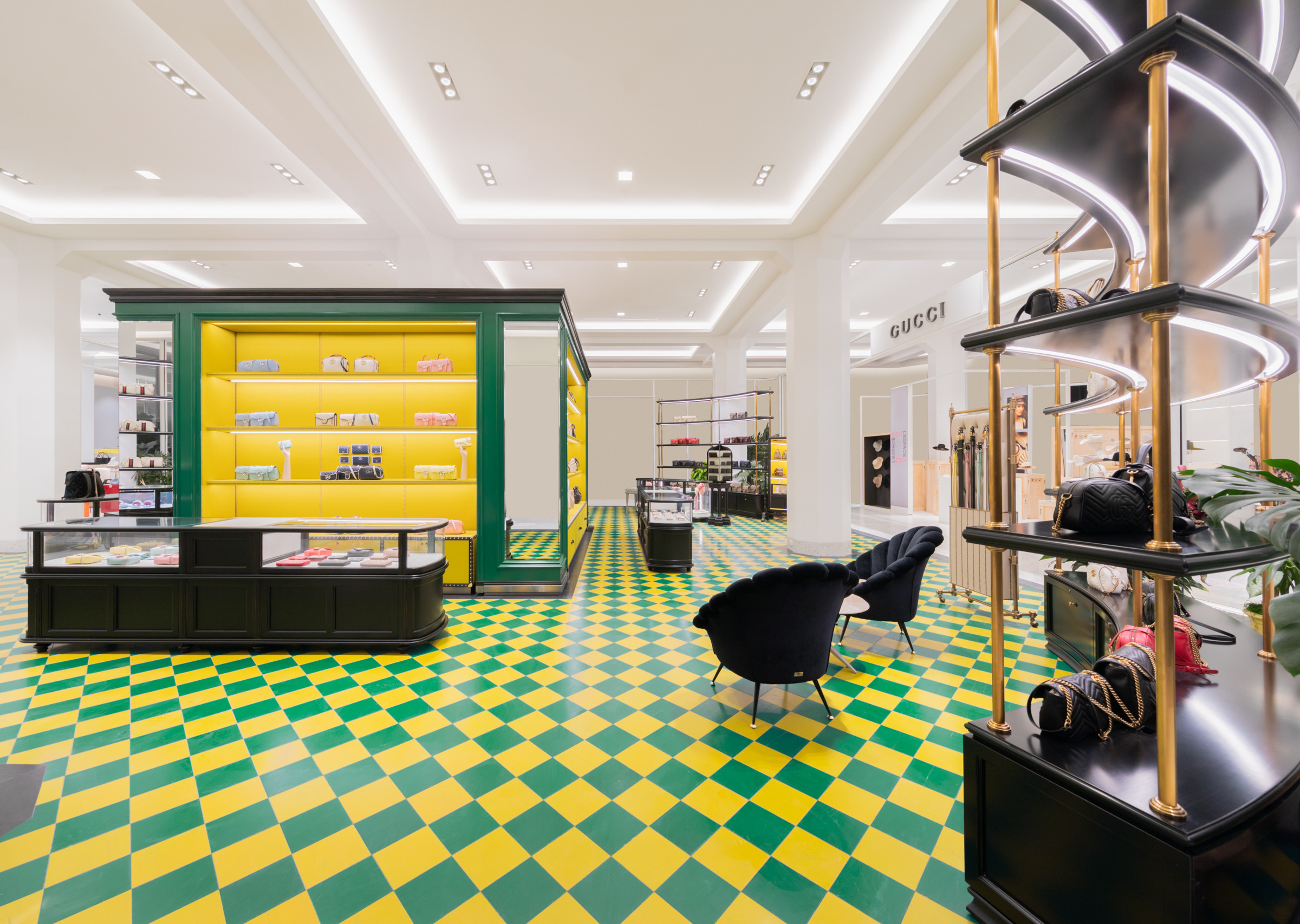 The building’s renewed presence meets modern ecological standards through the use of sustainable materials such as reclaimed wood, LED lighting, recycled materials, and finishes from renewable resources. Located at 251 Saint-Catherine Street West in Montreal, Quebec – the new flagship store is the largest Holt Renfrew store in Canada, occupying 6 floors. The expansion consolidated the existing Holt Renfrew store into the Ogilvy building. What followed was an extensive process to consolidate, upgrade and expand the elegant Ogilvy building. The new store is directly connected to the prestigious Four Seasons hotel complex and private residences, located on De La Montagne.

The project required in-depth coordination for the seamless integration of the Four Seasons Hotel and Residences, as both buildings share connected spaces, despite being two separate real estate entities. Lemay and its collaborators’ exceptional eye for detail is evident through all 6 floors. The flagship is comprised of hard shops (separate, self-contained mini boutiques), soft shops (which maintain the look of the surrounding store, except for each retailer’s wall coverings, furniture, and logos), fixture drops (with the retailer’s own cabinetry and walls) and finally ribbon walls, that separate open spaces and showcase retailers’ products.

It was paramount to the project team that the new Holt Renfrew Ogilvy flagship meet modern sustainability standards. While extensive reconstruction and system upgrades were necessary including front revolving doors, octagonal columns, spiral staircase, elevator facades – the stone on the exterior of the building was also reworked, in addition to the windows and moldings being changed. Otherwise, the remainder of the building was kept in its original state.

The store is now home to over 99 luxury stores. It combines a modern aesthetic with key heritage elements, reminiscent of the store when it first opened in 1912. Holt Renfrew Ogilvy is one of four major west-end retailers in Montreal that still operates under its original name. It was rebranded to Holt Renfrew Ogilvy in 2019 and underwent a significant renovation and expansion that was completed in 2020.

Customers can also discover L’espace Holt – Holt Renfrew’s exclusive pop-up show and incubator space, featuring curated collections and limited-edition products from local and international designers. Additionally, the prominent Café Holt is located on the 2nd floor of the building. Its inviting use of warm woods, brown carpeting, and gold embellishments are reminiscent of the 1940s Hollywood Gatsby era. The café was designed by a Parisian design firm, Laplace.

The 1912 stone edifice now hosts Holt Renfrew Ogilvy, a merger of two of Canada’s most enduring department stores. Lemay’s strategic expertise guided extensive reconstruction and system upgrades, resulting in a space that combines a modern aesthetic with key heritage elements. This major renovation contributes to the cultural development of the architectural heritage of Montreal. 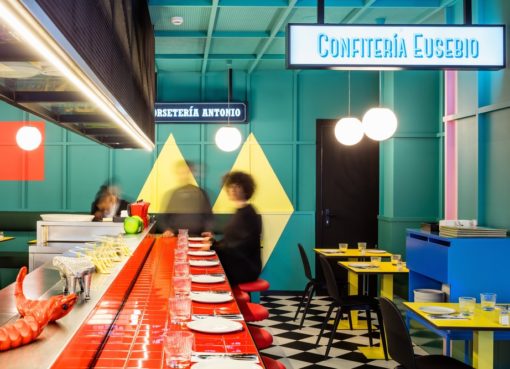 Madrid, Spain 'Best use of Colour' Frame Awards 2019 The design of the AXEL Hotel on Atocha Street in Madrid superposes a series of historic references forming a complex and explosive tand
Read More 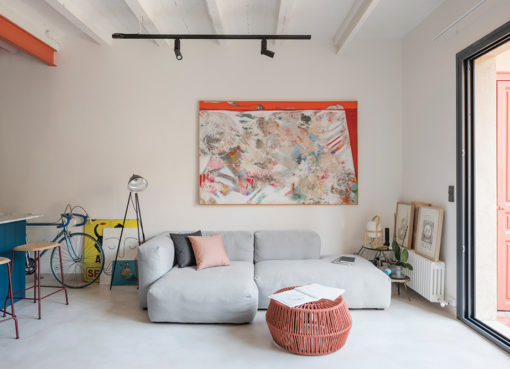 by CaSA and Margherita Serboli Arquitectura The apartment is located in a quiet and green passageway beside the Sagrada Familia ever-on-site temple and belongs to Andrea Serboli, one of the two found
Read More 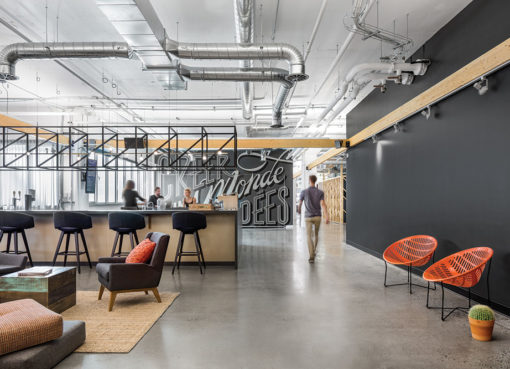 by LumiGroup and Imperatori Design Montréal, Canada   The client’s mandate for Imperatori Design’s firm was summed up in one sentence: “Create a unified environment, heterogeneous, alive, wh
Read More 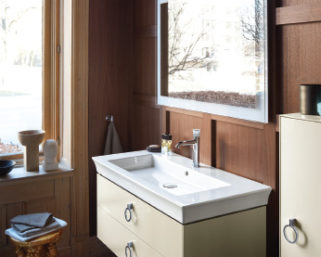 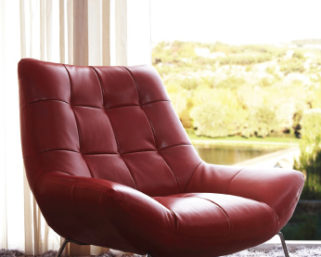 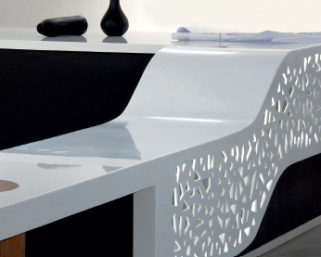 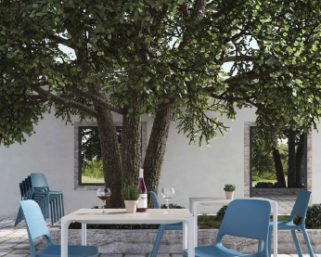 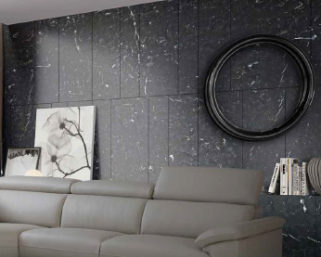 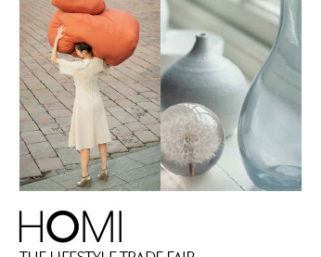 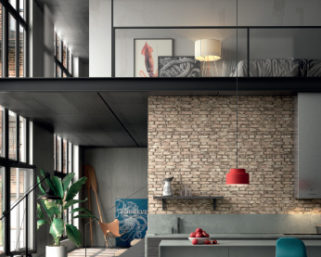 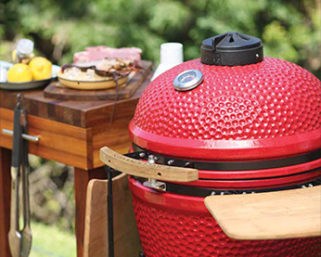 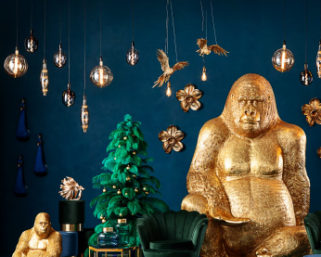 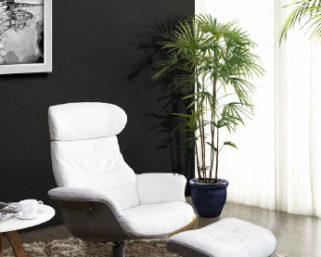 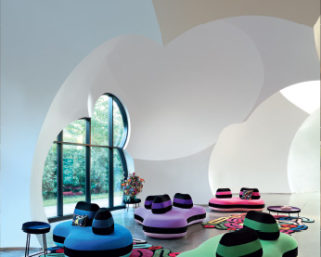 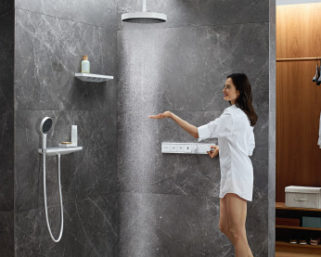 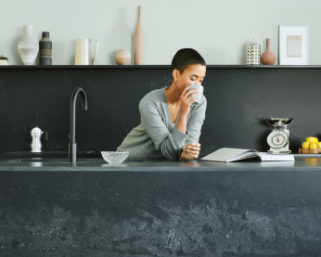 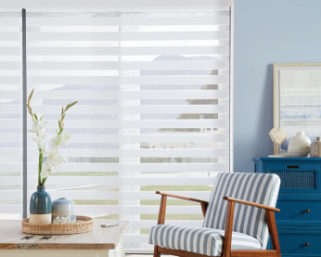 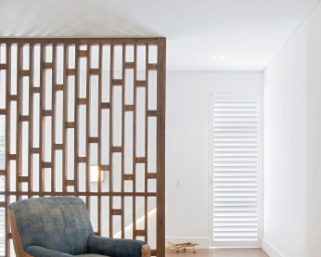 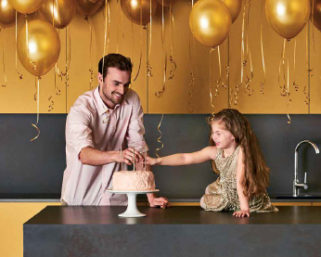 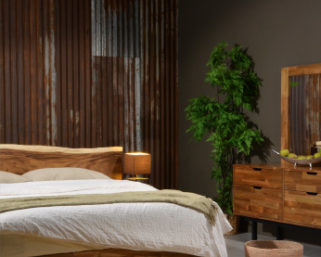 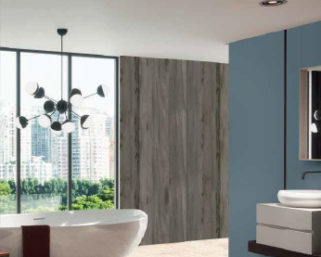 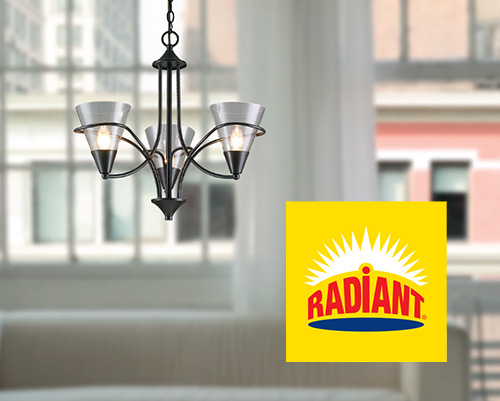